A right-handed guitar strung for a left handed player. Cedar soundboard and rosewood back and sides. In hard case

This photograph of Gwyn dates from the early 1970s, some years after he first became involved in flamenco.

He first took up playing in his early teens. Well known as a razor-sharp dealer who was part of the Troubador scene in Earl's court in the sixties and seventies, and possessed of a wickedly roguish streak and a devilish sense of humour, Gwyn was nevertheless a passionate and disciplined player.

After pupilling with the great Paco Pena in 1968, he performed in and around London until his death. Speaking fluent Spanish, Gwyn travelled widely, frequently visiting guitar makers at their workshops in Andalucía and elsewhere in pursuit of the one guitar that gave a perfect 'sound'. This collection is the culmination of a lifetime's search. When not sourcing and dealing in guitars, Gwyn lectured in economics and was a qualified building surveyor. 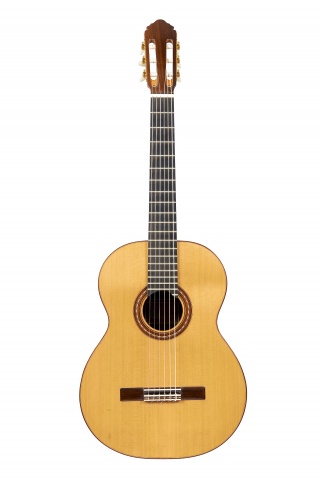 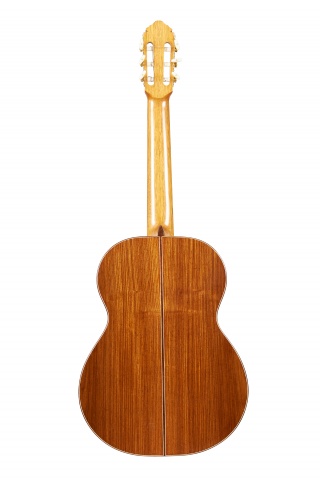 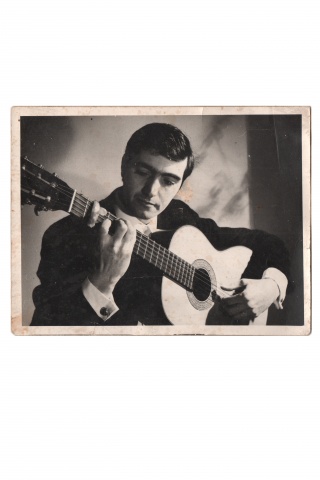 This is an archive lot from a previous sale. Please contact us if you are looking to purchase or sell a similar instrument. Brompton's will be happy to guide you through the process and discuss the best options available to you.

†
This price includes buyers premium. All other prices exclude buyers premium.
¤
Currency conversion rates are provided as a courtesy for information purposes only and are subject to change without notice.