In the pantheon of great Cremonese violin makers, it sometimes seems that some do not get the credit they deserve. Amati, Stradivari and Guarneri del Gesu are rightly admired as the greatest violin makers who have ever lived, but there were others who contributed immensely to Cremona's overwhelming reputation as the capital city of the violin.

If Nicolo Amati had not had help and support during the middle of the seventeenth century, that reputation might never have been established. As is well known, after the plague and famine which devastated Cremona in the 1630s, Nicolo was left alone. Unmarried and with no family, he struggled through that decade, but in 1641 he took on an apprentice by the name of Andrea Guarneri. Amati had many other assistants during the following decades, but none as loyal and productive as Guarneri. He was Nicolo's amanuensis for seven years, not including an absence of four years from 1646 to 1650. It is very clear that Andrea was Nicolo Amati's most important pupil; in 1645 he was the witness at his master's wedding. Without this reliable helpmeet, the Amati shop might not have survived into the second half of the seventeenth century. 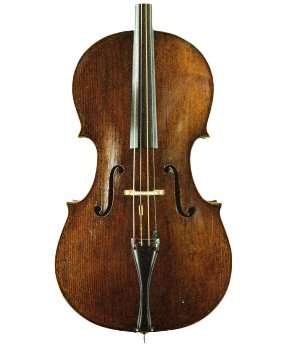 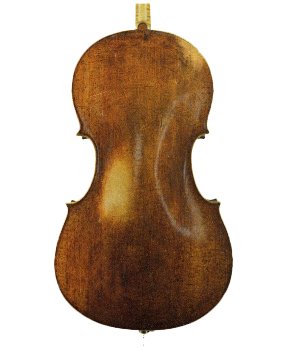 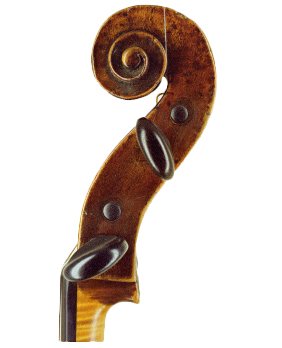 Born in 1623 in the village of Casalbuttano north of Cremona, it is by no means clear what brought him to Nicolo Amati's attention at the age of 18. Apprenticeships normally began at the age of 12 or 13 in those days, so Andrea may already had some sort of experience as a craftsman. He presumably adapted quickly to the well-established routines and methods of the Amati shop, already refined over two generations of experience. It was probably Nicolo's marriage in 1645 which caused Guarneri to leave the Amati house, and he returned after the birth of Nicolo's first son, Hieronymus II, in 1649. Nicolo was by this time 53 years old, at a late stage in life to raise a son to take over his business, and Guarneri may reasonably have been anticipating the prospect of one day taking over the workshop. Nicolo was however as long-lived as the rest of his family and a surprising number of other violin makers and lived on until 1684, sufficiently long to see his son Hieronymus to maturity and become the natural heir.

In 1652 Guarneri married Anna Maria Orcelli, who although an orphan, seems to have been provided with the means to enable Andrea to establish his own home and workshop. Anna Maria inherited property of her own, and Guarneri's subsequent income derived from violin making but also from renting out their second home. It is also worth noting that Anna Maria's brother was a violinist. We don't know whether the illustrious luthiers of Cremona were themselves players in most cases, but it is known that Andrea and Anna Maria's son Pietro did become a professional musician in the Mantuan court, and it seems as if his younger brother Giuseppe was also an accomplished violinist.
The arrival of Stradivari in the neighbourhood in 1680 may not have seemed as threatening at first as it later became. From the early 1650s Andrea had worked hard, and made impressive numbers of violins, and also violas, a comparitive rarity in Cremona. Cellos were also an important part of his output, and it the business might seem to have been successful. But Stradivari's intrusion coincided awkwardly with the death of Nicolo Amati in 1684, and just when Guarneri might have thought himself the senior luthier in the city, he found himself in the face of stiff competition. Even by 1681 Guarneri seems to have hit trouble, despite generating substantial numbers of instruments. They were not of such uniformly high standards of craftsmanship by the standards of Nicolo Amati and Stradivari. His eldest son Pietro left Cremona sometime before 1683 to work in Mantua, leaving Giuseppe (known known as 'filius Andreae') as his main support, and his workmanship is increasingly obvious in the instruments made from that date onward.
Andrea died in 1698, the year his grandson Bartolomeo Giuseppe 'del Gesu' was born.

His work is very recognisable. It has the delicacy of the best Amati productions, but with a less refined finish. This became the characteristic feature of the Guarneri workshop in Cremona subsequently, although Giuseppe del Gesu brought the rustic quality to an extreme, and left the Amati ideals of elegance and symmetry of proportion far behind him. It looks with hindsight to have been a natural extension of the expressive style of his father and grandfather.

In Andrea's instruments we see precise renditions of Amati designs, but with tool marks far more evident, and quirks of personal whimsy. The neatly rounded head has a more pronounced 'comma-tail' to the eye, and the purfling points are turned abruptly across the corners- this is the most obvious recognition point for Andrea's work, which diminishes in effect as Giuseppe's contribution increases. The archings tend to be a little more scooped and 'pigeon-chested' than most, with the workings of the scraper often quite clearly evident beneath the varnish. He maintains the same techniques of pinning the plates both at the ends and with the tiny central dorsal pin in the back. His varnish is generally the same as Nicolo Amati's warm golden concoctions, but rather more given to craquelure. In later work there seems to be a gradual introduction of warmer red and brown tints.
All in all, it is not hard to guess what Nicolo Amati might have thought of his pupil's quirks and shortcuts. His own perfectionism was embodied in Stradivari rather than the quixotic Guarneri workshop. But I like to think that he was indulgent and encouraging towards his most loyal assistant, even though he was the first Cremonese maker outside the Amati family to set up a rival business to the 'old firm' that nurtured him.