Dom Nicolo Amati of Bologna causes a lot of confusion. Firstly, he had nothing to do with the illustrious family of the same name from Cremona, but despite the confusing number of spurious 'Amati' listed in the dictionaries, he really did live and work as a violin maker in Bologna. Secondly, it probably was not his real name. Thirdly, his work is dizzyingly inconsistent and difficult to characterise. Modern research has failed to locate any Amatis in the Bologna archives, but the historian Sandro Pasqual suggests that it was the pseudonym of a priest of middle-class origins, from the Marchioni family of Castelnuovo.

Nicola Marchioni was born in 1662, and entered the priesthood in Bologna in 1687 at his family's expense. It was they, rather than the Church who paid for his upkeep and housing in a rather unusual arrangement. As an ordained priest he gained the title 'Dom', but the use of 'Amati' on his labels is probably merely an acknowledgement of the most influential violin making family of the time, and a means of separating his two vocations. He lived next door to his brother Sebastiano in the parish of Ss Cosma e Damiano, which is the address given on authentic labels found in Dom Nicolo Amati violins. It seems as if the two men set up a workshop together in about 1718, the earliest recorded date found on a label. Although Dom Nicolo was by then already in middle age, his training, ordination and duties as a priest offer a ready explanation for the delayed start to his career as a luthier. 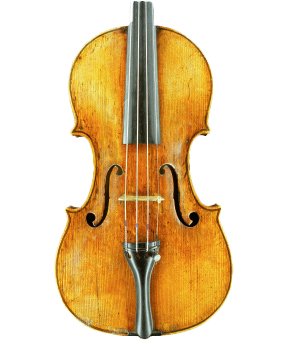 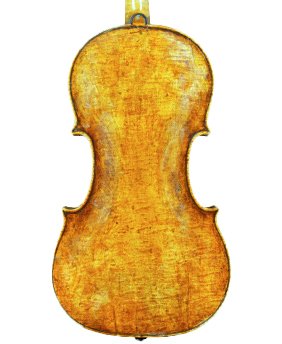 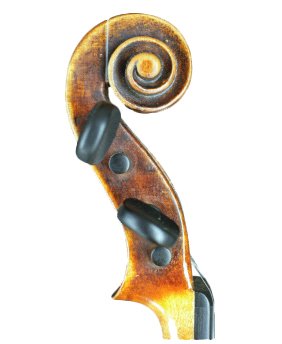 From whom he learned to make violins is not obvious. Although the dominant makers in Bologna in the late seventeenth century were the Tononi, the leading member of the family Giovanni died in 1713, and his son Carlo left for Venice in about 1715. Nicolo may well have gained some early experience with Giovanni or Carlo, but the only maker of the family left in Bologna at the time Don Nicola began working was the relatively little-known Felice Tononi. He died in Bologna sometime after 1735, and he may well be the significant link between the two workshops. There is also a very fine looking cello in the Smithsonian collection with the label of J.B. Tononi of 1740, but no other trace of this particular maker can be found.

The most significant luthier in Bologna during Dom Nicola's time was Giovanni Guidanti, appointed keeper of the Bologna Academy's instruments in 1716, and active until 1760. Guidanti is acknowledged as a pupil of Tononi, but his style is very different in some ways and his hard yellow varnish, while matching some of the later Carlo Tononi work, is by no means as rich as Dom Nicolo's. It is the varnish which really distinguishes Nicolo's work, and links it most firmly with best of the Tononi. Few makers persisted with the classical oil varnish in the mid-eighteenth century, least of all another Bolognese maker, Giovanni Antonio Marchi (1727- 1807) whose treatises on violin making published in 1786 advised against it, saying that the spirit varnish by then in common use 'keeps the wood softer'. Dom Nicolo was obviously very conservative in his methods and ideas, as might befit a fifty year old priest, but it makes him a very much more interesting violin maker.

The confusion over the varying styles of work that bear the Dom Nicolo Amati label is probably due to the fact that other hands were employed in the shop. If what has been suggested about his identity is true, Don Nicola was assisted by his brother and possibly his nephews, Sebastiano's sons Giuseppe and Gaetano.

Surviving instruments date from 1718 to 1746, but by this latter date Don Nicola himself was 84, and probably not the sole author. He died aged 90 in 1752, having earlier named Giuseppe and Gaetano as his heirs, but his final testament favoured a third nephew, Girolamo.

The instruments get a slightly raw deal in most of the dictionaries. He is mentioned primarily to clarify the point that he was not a member of the Cremonese family, but his work is not often seriously considered. Eccentric they may sometimes be, but they can also be magnificent. The early violin connoisseur and collector Count Cozio di Salabue was evidently aware of their quality and wrote to Marchi in 1804 asking if he could buy 'a violin and a viola by the late priest Nicolao Amati, provided the violin is large and the viola small'. Perhaps the most sincere, if misguided compliment to his work is the appearance of a pristine example in Fridolin Hamma's book 'Mesiterwerke Italienischer Geigenbaukunst', listed as a Montagnana (p221 1931 ed.).

It is hard to pick out consistently recognisable features, but the outline is usually quite striking and of original design. Of fairly conventional dimensions, but with rather long centre bouts, the corners often seem small- not narrow, but formed from quite small curves and approached by flattened lines in the upper and lower bouts. The lower corners in particular seem to sweep upward.

The workmanship is not first-rate, but has a real Italian character, and often very beautiful red varnish, of similar quality and range to all the various Tononi recipes, and sometimes with a deep Montagnana-like crackle.

The soundholes can vary considerably, and sometimes are set low, to give an extended stop length, but are well poised, with large circles and long, unfluted wings.
The scrolls are quite idiosyncratic, with a steep initial curve to the pegbox becoming rather straight in the approach to the throat, and tightly curled volutes, but the proportions are uneven. At least one example has the chamfers picked out in black, in the manner of Stradivari.

His construction seems quite orthodox, and points clearly to a strong Tononi influence. A characteristic feature of all the Bolognese violin makers was their enthusiastic use of beechwood for the purfling and interior linings, and Nicolo was no exception. Even the black strips of the purfling appear to be dyed beech. The points of the purfling are quite long, but often show some slippage in the mitre, with the purfling of the 'C' bouts slightly too long, and displacing the outer part of the mitre. The linings are sometimes of willow, and are smaller than the typical deep Tononi linings. Prominent pins are usually found on the centre line of the back, set well inside the purfling. The arching is quite moderate, ful and possibly slightly boxy, but by no means as high as some of the later Carlo Tononi and Gusidantus instruments.

All in all, as Cozio wisely pointed out, if the 'violin model is large and the viola small', these are very desirable and fine performing instruments, with the bonus of a very intriguing story behind their manufacture. Like the Abbe Sibire of Paris, the Rev. Haweis of London, and Dom Ascensio of Madrid, Dom Nicolo Marchioni 'Amati' was just one of many notable priests intrigued by the romance of the violin, but he was probably the most prolific maker amongst his fellows.