Leo Fender's departure, in 1965, from the company that bore his name did little to dampen his creativity. However, the terms of his consultancy contract with CBS meant that he could do no guitar design work on his own account until 1970, and it was two more years before he launched his next business venture, Tri-Sonics, later renamed Music Man. His partners in it were both ex-Fender employees: Forrest White (see earlier), and salesman Tom Walker. George Fullerton, another Fender stalwart, joined them in 1974.

Leo could probably have prospered by replicating his classic models, but had no intention of retreading old ground; instead, Music Man's instruments offered a variety of new features, including his first-ever humbucking pickups, a bass guitar headstock with one tuning machine positioned opposite the other three, and active electronics. The partnership enjoyed only limited commercial success - and in 1980, Fender and Fullerton left to set up another company, G&L (George and Leo). They were joined by Dale Hyatt, whose association with Fender dated back to 1946; he became G&L's Director of Marketing and Distribution. The new venture saw the last flowering of Leo Fender's genius, and he worked at G&L until his death, passing away on March 21st 1991.

The firm, based in Fullerton, California, is now run by BBE Sound, whose Chairman, John C. McLaren (one of the senior managers recruited from Yamaha by CBS in 1981 - see earlier) is dedicated to maintaining its founders' traditions of excellence and innovation. His two sons also play key roles at G&L (Johnny McLaren is Plant Manager, and David McLaren Executive Vice President), and among the company's most treasured resources are Leo Fender's own drawings and notes on instrument design. As Johnny McLaren explained in 1998, "Every time we've had problems here I can go back to Leo's file cabinet and get the exact numbers. Everything's there - it's picture perfect." 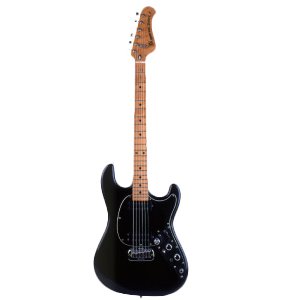 The Sabre 1 first appeared in 1978. Its two pickups are switchable between humbucking (dual-coil) and single-coil mode, and its bass and treble knobs provide active tone boost - regular, passive tone controls only attenuate higher frequencies. The guitar's body is made from ash, and it has a maple neck. 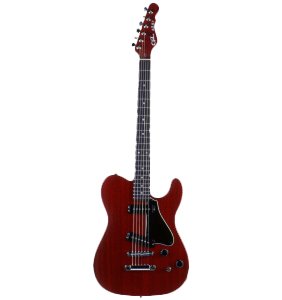 The ASAT, named after the US Air Force's Anti-Satellite Missile, has an overall shape similar to a Telecaster's. This model, one of a limited edition of 250, has hollow side chambers and a solid centre. Its body and neck are mahogany, its fingerboard ebony, and it boasts high output Magnetic Field Design pickups with adjustable pole pieces. 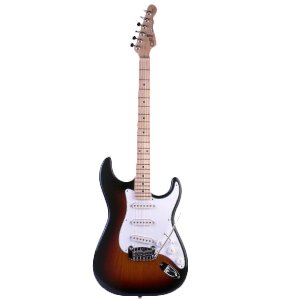 Read On
Read On