The Gaglianos were possibly the longest and most prolific dynasty of all the Italian violin making clans. While by no means the greatest of them, they are in general a known quantity, a reliable source of fine sound and good pedigree, a completely recognisable (not to say much-copied) and easily defined school of making all of their own.

Archival information from their native city of Naples is scant however, and most of what we know about them comes solely from the labels in their instruments. Ferdinando Gagliano is an interesting and highly representative example of the family, coming from a middle generation and demonstrating most of the many idiosyncrasies of his many relatives, plus a few of his own. 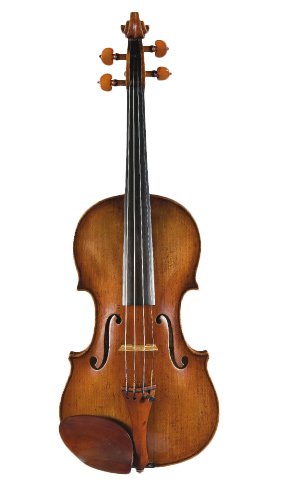 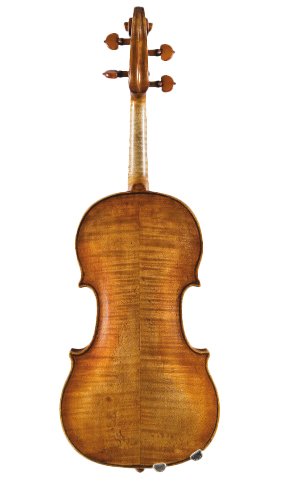 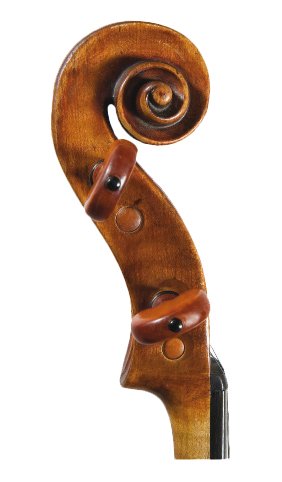 His usual label declares 'Ferdinando Gagliano Filius/ Nicolai, fecit Neap.17--' and the dates fall between 1770 and 1795. After about 1780, the reference to his father Nicolas disappears, and Ferdinando stands fully independent. It is interesting that this shows a different attitude to the family and workshop than is found in other violin-making families in other cities. In most workshops that we know of, the instruments by convention bore the name of the senior member of the family, as long as he was alive. Whether or not he was actively contributing to the workshop seems not to have been relevant. Thus Nicolo Amati never placed his own label in a violin until after the death of his father Hieronymus in 1630, despite being the dominant hand, to say the least, in most of the instruments made in the workshop after 1620. The division of labour within individual shops is a constant subject of speculation. The question of whether father or son was responsible for particular instruments in historically important shops, particularly when one member of the family is now seen as significantly more important and valuable than another, is assuming ever greater importance.

In Naples though, that question does not arise. The Gagliano family obviously operated under different rules. Ferdinand was the eldest of the four sons of Nicolo, but became a pupil of his uncle Gennaro. Nicolo and his brother Gennaro worked contemporaneously, yet independently of each other, with their own labels and distinctively different styles. Ferdinando himself began to label his own work ten years before the death of his father and uncle, while both were still active, and appears to have marked his father's death in about 1780 by removing the reference to him on his own labels. It is impossible to say, on the basis of the scant information about their lives, whether the sons, brothers, fathers and uncles all worked under the same roof, or occupied their own studios amongst the staggered streets of Naples, but their relationships were not straightforward or conventional in the way of the Cremonese, and some degree of collaboration is suggested by the overlapping styles and models labelled by individual makers. 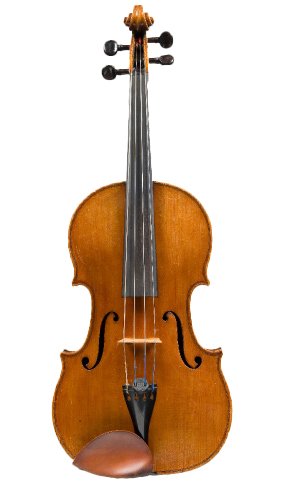 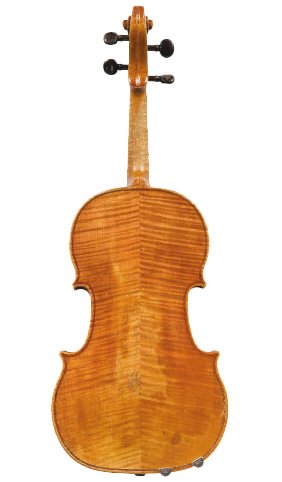 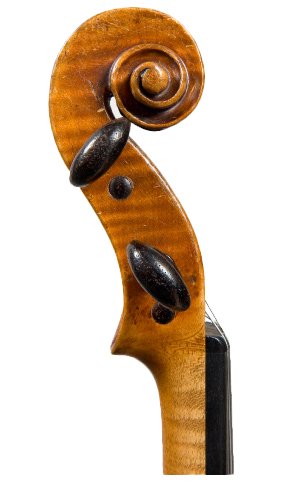 Ferdinand was a disciplined maker by the standards of most of his family, and his teacher and uncle Gennaro was one of the finest craftsmen of Naples. There are several consistent features of his work that relate to Gennaro, one of which is the treatment of the upper wing of the treble F. Almost invariably instruments labelled Gennaro or Ferdinand have the wing quite sharply chiselled down, anticipating the distortion that generally results in the upper treble wing rising above the level of the arching over time. This attention to detail may come as surprising to those who consider the Gaglianos to be rather rustic and workmanlike in their approach. Although the outlines of the instruments vary, indicating a lack of regularly used mould, the form is always quite symmetrical and geometrical. In Ferdinand's work there is generally a slight 'hip' in the outline below the lower corners, which looks very much as if the compass-generated arc of the lower bouts failed to marry up perfectly with the inward sweep of the corner, always a difficult part of the drawing to manage successfully. The general model is an interesting synthesis of Stradivarian and Amatise principles, usually with a full arch tending towards a flattened, boxy appearance at its crown.

Ferdinand's scrolls are neatly carved, but follow Gagliano principles in having a small, backward-thrown and tightly wound volute atop an extended pegbox, with the pegs set in pairs. This is another very sensible and practical idea of the Gaglianos which allows more room for the fingers to manipulate the individual pegs.

The varnish he used is of good but not outstanding quality, although occasional richly pigmented red examples surface. His usual recipe produced a golden yellow colour, which in some cases has darkened to a greenish tone. There seems to be no differentiation between ground and top coat, and the impression is of a simple concoction laid on in several repeated layers.

In construction, Ferdinand used beech for purfling and linings, as did most of his family and the majority of other makers outside Cremona and Venice. The linings are not morticed into the blocks, nor are their any constructional pins evident anywhere, marking out his constructional methods as very different from the Cremonese. Significantly, the rib ends are jointed with a symmetrical mitre, rather than the neat overlap employed elsewhere. This of course all harks back to the general air of mystery about the origin of violin making in Naples itself, credited to Ferdinand's grandfather Alessandro in around 1700. Most earlier historians have tried to link Alessandro with the Cremonese tradition, but in fact all the details of his technique and that of his descendants point toward a Tyrolean origin. Tomasso Eberle was one of the few significant makers to operate in Naples in the eighteenth century outside the Gagliano family, and he certainly came from a Tyrolean background. Eberle's work is very neat, and comparable in many ways to that of Ferdinando. It is hard to escape the conclusion that he also benefited from Gennaro's expertise.

The next generation of Gaglianos were all sons of Ferdinand's youngest brother Giovanni and represent a significant decline from the thoughtful and balanced work of before. We don't presently know whether Ferdinand himself had any children, or why his side of the family apparently made no further contribution to the violin-making tradition in Naples. But to Ferdinand himself we can look back with the greatest respect, and gratitude for a body of work that has contributed hugely to orchestras throughout the world in the centuries since his death.