The city of Bologna has made a very important contribution to violin making. One of the world's oldest stringed instruments, the fifteenth century 'Violeta di Caterina de'Vigri' remains there, in the Corpus Domini convent. Later, the city was home to two of the greatest lute makers in history, Luca Maler and Hans Frei, and the earliest known native Bolognese viol makers, Antonio and Girolamo Brensi. The distinguished violist Lawrence Power today plays on a rare Brensi viola, one of the few surviving examples of their work, a testament to its sustained tonal range and quality. 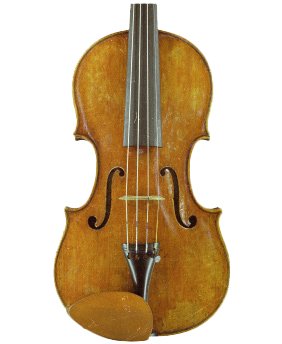 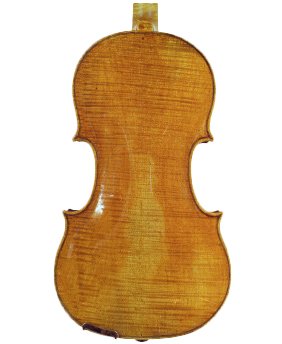 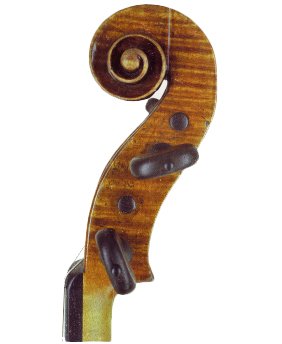 The Brensis left no discernable direct heritage however and most of the seventeenth century belongs to German-born luthiers such as Martino Otti, Andrea Panzfelt. But the flourishing musical instrument trade in the city provided the opportunity for the Tononi family, which begins with Gaspare, born in 1607, and whose occupation is given in parish records as a 'case maker', presumably making cases for stringed instruments. His son, Giovanni, was born in about 1640.

Giovanni Tononi was an almost exact contemporary of Floriano Guidantus, another Bolognese violin-maker, and between them, these men brought established Bologna as a first-class school of violin making in the late seventeenth century. Tononi is recorded in the city archives as a lute or guitar maker as early as 1688. From about 1680 he had occupied the apartments of his wife, Caterina Rampini, in the Corte Galuzzi, where his son Carlo Annibale was born in 1675. By 1688 he had moved to the parish of San Procolo, where he took in tenants, and earned at least part of his income as a landlord. A curious incident took place in 1697, in which a stolen violin was taken to Tononi's workshop, and the court records give the precise location of the 'bottega' and instrument shop located above it, in San Mamolo, close to the house of Tubertini in the parish of San Giovanni dei Celestini.

Giovanni Tononi's work can be very refined indeed, showing an evident debt to the Amati in the outline, but other idiosyncracies that probably derive from the earlier Fussen-born violin makers of Bologna. He generally used a low arch with a slightly flattened cross-section, small-winged Amatise soundholes and a very fine tender gold-brown varnish. The scrolls are distinctive, having a tight but very concentric and well-balanced volute deeply undercut and edged with a heavy but neatly applied chamfer, and a deeply marked central scribe line. The level of finish is very high throughout. Beech is usually found in the central strip of the purfling, which is usually fairly broad, but cleanly laid, with the mitres centred in the corners, but lacking any extended 'bee-sting'. The edge itself is generally narrow, deeply fluted and nicely turned. The interior is usually constructed from willow, and the linings are generally very substantial. Small locating pins are positioned close to the inner edge of the purfling in the upper and lower ends of the back.

Another type exists, with much fuller, rounded arch, and often with a deeper red varnish. Some work seems to be relatively decadent too, with a looseness of finish and detailing which indicates one of several situations; a decline in trade, a decline in health, or the participation of other hands. Carlo, his son, was working with Giovanni from at least 1697 until his death in 1713. At that time, the archives seem to indicate that the Tononi were quite wealthy, and Carlo chose to move to Venice. From about 1716 he made instruments there which seem to follow the more flamboyant style of instrument which carried Giovanni's label in Bologna. Carlo's Venetian instruments are characteristically high-vaulted and varnished a deep red.

When Giovanni Tononi died, on 26th July 1713, he left behind a flourishing community of violin makers. Not only his son Carlo, but his brother Pietro Andrea worked, or had worked as luthiers. Another son, Felice, seems to have carried on in the city until about 1735. Alongside them was Giovanni Guidantus, who became the dominant character in the mid-eighteenth century, Dom Nicolo Amati (whose proper name was Marchioni), Michaelangelo Garani, and Giovanni Antonio Marchi, all of whom combined to greater or lesser extent in preserving the long tradition of instrument making in Bologna which survives and flourishes to this day.