Giovanni Battista Guadagnini was not only a truly great violin maker in his own right, but also the head of a small dynasty of luthiers. Few - if any - of his descendants can be compared to Giovanni Baptista himself, but Giuseppe comes closest. The second son, born in 1753 while his father was working in Milan, Giuseppe Antonio Santo Guadagnini accompanied the family (possibly) to Cremona in 1768, to Parma within a year, and finally to Turin in 1771. At this point Giuseppe and his elder brother Gaetano were evidently already competent makers and contributed to the output of the workshop in Turin, where patronage and success returned to the family. Count Cozio di Salabue adopted Giovanni Baptista as his personal violin maker, but the arrangement seems to have ended in acrimony in 1777, and hardship once again followed. Within the next few years Giuseppe left Turin, where his father continued to work until his death in 1786, assisted by Gaetano. 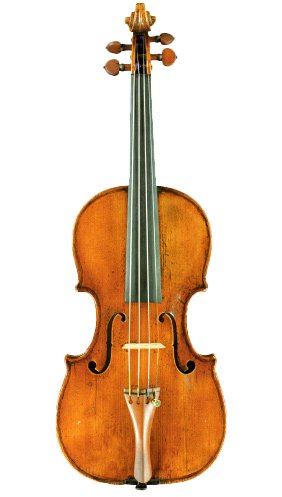 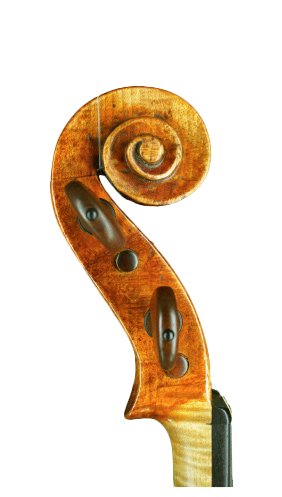 Giuseppe's whereabouts thereafter are unclear. To most connoisseurs of the violin, Giuseppe has become known as 'Il Soldato', based on a story that he enlisted in the army at some point, although no hard evidence for this has come to light. Surviving labels, whose authenticity cannot always be assumed, indicate that he worked in Como and Pavia. One commonly encountered and very credible form of label from the 1780s gives his address in Como as Contrada di Sala. Documentary evidence relates only to a domicile in Pavia, where Count Cozio corresponded with him for a few years up to 1804. The following year he died there, leaving no children. It was through his brothers Gaetano and Filippo that the Guadagnini dynasty continued.

In the twenty or so years in which Giuseppe Guadagnini worked independently of his father, he developed a very different style, some would say inferior to a large degree, but personal and still full of rustic Italian charm. The curious eccentricity he retained from his father was the pinprick marks around the eye of the scroll. They are invariably present, and presumably deliberate. The whole outline of the scroll is strongly related to Giovanni Baptista's model, with a large volute crowning a shallow pegbox with a very deeply cut throat. The carving is certainly less secure than his father's, the chamfer thin and variable, and the general finish lacking. To be fair, however, Giovanni Baptista's work in its latter stages was also unpredictable, to say the least. It is proper to compare Giuseppe's work with that of his father in the last years in Turin, and it is fairly easy to see that many templates and patterns were shared. The outline form is similar in proportion, but with a less certain handling of the middle bouts. The upright and broadly spaced soundholes which typify Giuseppe's instruments clearly derive from the Stradivarian 'F's his father used in Turin. The finial holes are cut in clean circles rather than the exaggerated oval form that characterise the earlier violins of Giovanni Baptista. What costs Giuseppe most in comparison with his father is his lack of good varnish. The best of his instruments have a golden brown coating, which is a little lacking in texture and depth, and the least are rather dull in tone. None can really compete with the glorious red oil that was available to Giovanni Baptista in Milan. But a good ground helps, and it is this that seems to lift a fine Giuseppe Guadagnini into the realms of the great and the good. And his family connections, of course.