Gofredo Cappa was a most interesting seventeenth century maker of the Turin school, although born (in 1644) and working in nearby Saluzzo until his death in 1717. Turin has had two distinct periods of violin making activity, this first in the second half of the seventeenth and early eighteenth century beginning with Andrea Gatto and others, and ending with Sorsana and Celoniatus, with Cappa at it's centre. The great revival came with Guadagnini, Pressenda and Rocca at the end of the eighteenth century. 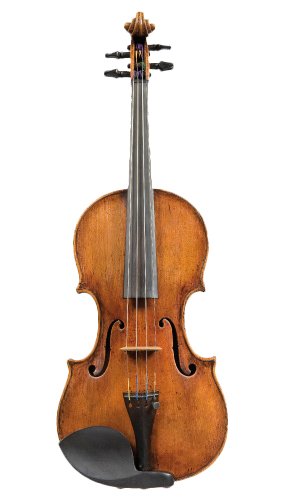 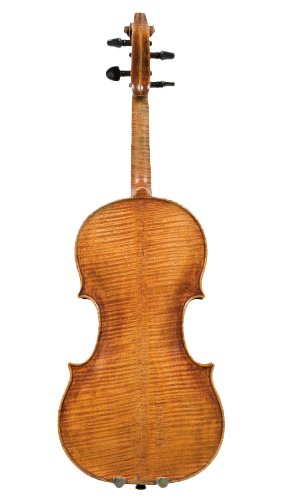 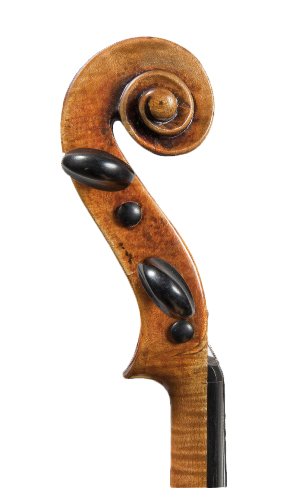 The fascinating aspect of Cappa's work is it's obvious non-Italian origins. While he worked in a style that is outwardly very Amatise, the workmanship and technique displays a debt to the Fussen tradition, and most notably Enrico Catenar, who came to Turin from the Fussen region in this period. Early work by these three key luthiers in Turin, Catenar, Gatto and Cappa, have the ribs set into a slot cut into the inner edge of the back, indicating a mould-free method of working quite unconnected with the Cremonese or other Italian schools of the time, but observable in most northern European work, in England and the Netherlands, as well as in south Germany. Cappa fairly quickly abandoned this method, but dating his work and forming some idea of his stylistic development is hard because of the paucity of original labels. His adoption of a very Amati-like model plainly caused of lot of his work to be re-labelled and sold under other names by unscrupulous dealers, but Count Cozio di Salabue, the leading connoisseur of the early nineteenth century, was clearly enamoured of Cappa, and lists as many of his instruments as those of almost any other maker in his inventories. In his notebooks he lavishes praise on Cappa, describing him as one of the best imitators of the Amatis, and makes the assumption that he was a pupil of the brothers Antonio and Girolamo, even going as far as to include him on his list of eminent Cremonese luthiers. He includes many fascinating anecodotes- that Cappa moved his workshop to the mountains to avoid the continuous warfare dogging the region, and to be close to the supplies of timber. He also says that his instruments were popular in England and Holland, and were greatly appreciated by Viotti. He specifically mentions a Gioaccino Cappa as a separate maker, but is unable to say what the relationship between the two men was. He also states however, that Cappa himself inserted Amati labels in his instruments, which may or may not be a credible observation, but admits that he himself had never seen an original Cappa ticket. Today we are sure that there was no working contact between Cappa and the Amati, and differentiating the styles of the two workshops is quite straightforward. It is understood that Cappa was quite prolific, and had access to varnish of high quality, but we cannot be sure that Cozio was always correct in his identification of his work, unlabelled or falsely labelled as it might have been.

As with a lot of non-Cremonese work, we find Cappa used beechwood for the white purfling, and sometimes maple for the black elements. The interior structure, usually of pine, is not morticed at the corner blocks, but locating pins are used to fix the plates to the upper and lower blocks, often prominently placed well withing the purfling margin. As Cozio observed, the pegbox is often quite slender, with quite heavy volute, and the throat extended beneath the head by a slanting knife cut. The soundholes are elegant and long, usually a little too close together at the upper holes, but slanting outwards towards widely spaced lower circles with unfluted wings. The arching is authentically Amatise, quite raised but well shaped and full, and descending to an emphatically carved edge channel which follows a strong 'figure of eight' course through the corners. The corners themselves are fairly abrupt and generally outward-pointing, and the purfling mitres characteristically ill-matched, often overlapping and showing a distinct line through the mitred joint. Varnish is always of fine quality, but varies in colour from dark brown to shades of orange red and paler golden yellow, and is usually appears to be fairly thinly applied and close to the wood.

It is generally assumed that Cappa passed on his knowledge to Giovanni Francesco Celoniatus, who followed him in Turin. If this is the case, Celoniatus developed a very individual style very quickly, and his most typical work is a great deal more delicate than that of Cappa, although less classical, and certainly not superior tonally. Cappa's instruments can be robust structurally, and inconsistent in craftsmanship, but in many ways, Cozio's generous assessment of him need be only slightly tempered by our modern view.