Lorenzo Storioni is usually credited with saving the rapidly declining violin making tradition in Cremona at the end of the eighteenth century. He certainly managed to re-establish the craft as a viable business there, but although his work is highly sought-after, it cannot be said that he fully recovered the greatness of the classical era. His achievement is by no means to be underestimated however. Recent research by Duane Rosengard has given his personal and professional life greater definition, and solid facts are starting to replace earlier speculation. 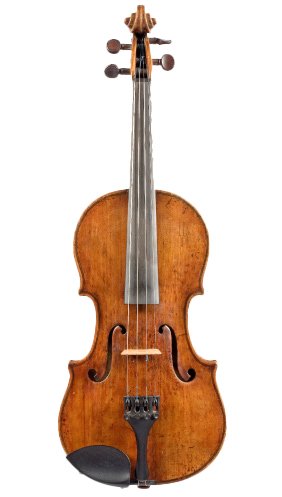 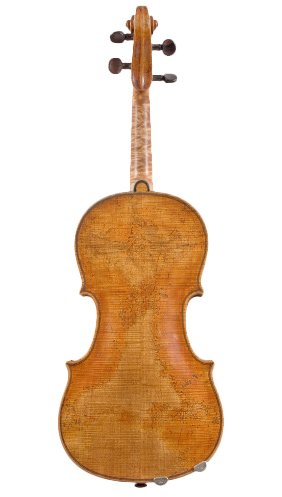 Storioni was born in 1744, the year of Guarneri's death, seven years after Antonio Stradivari died, and only three years before Carlo Bergonzi, the last maker of the classical period, passed away. The only working luthiers during his youth were the enigmatic Zosimo Bergonzi, younger son of Carlo, known only by a mandolin and a quarter-size violin, and the last of the Rugeri family, Francesco II and Carlo. Carlo Rugeri was in fact Storioni's childhood neighbour. The violin business was in a deep depression then, but nevertheless by the late 1760s, Lorenzo had begun to make instruments, thereby ending a barren period unknown in Cremona's history for at least two hundred years. Storioni had ample opportunity to study Stradivari's tools and patterns, as well as a considerable stock of instruments which were still in the possession of his youngest son Paolo, but no truly competent maker was still practicing at this time, and Storioni was to a certain degree self-taught. The revival of Cremonese lutherie during his lifetime was surely his responsibility, and by the end of the century Nicola Bergonzi and his son Carlo II, as well as Storioni's pupil Carlo Rota and Giovanni Battista Ceruti all producing violins in a newly invigorated trade.

Giovanni Rota was Storioni's only known assistant, joining him in about 1782. Shortly after 1800 Storioni left Cremona for reasons that are not clear, but violins exist dating from the first decade of the century, which may have been made in Trieste. By 1811 Storioni had returned to Cremona, but he made no more instruments and died in 1816, like so many of his calling, leaving a great reputation but in general poverty. His business had already been usurped during his absence by Giovanni Battista Ceruti, who was once thought to have been a pupil. Rosengard has thrown strong doubt on this theory; although their work has strong similarities, there is no provable connection between Ceruti and Storioni, as there is between Ceruti and Nicola and Carlo II Bergonzi.

As to his output, Storioni now enjoys a high reputation for sound, still identified closely with the definitive Cremonese tone defined by Stradivari and Guarneri. His success in this is probably in no small degree due to the stock of Stradivari instruments, tools and patterns still close to hand in the house of Paolo Stradivari until 1775. Storioni also made very recognisable del Gesu models, which could have been copied from violins still in use in the city, in the hands of violinists of the stature of P. Spagnoletti, the leader of the Cremonese orchestra when Mozart heard it in 1770, who is known to have played both Amati and Guarneri instruments.

Storioni got many things right from his observations- essential aspects of the arching and graduation of the wood provide the basis of a full, broad sound- but the finishing is crude relative to his incomparable predecessors, Amati and Stradivari himself. He also lacked the great varnish. Somewhere in the hiatus after the death of Carlo Bergonzi I in 1747, the soft red-coloured recipe was lost or discarded. Storioni's own varnish is harder, and generally golden or burnt orange in colour, with a greyish tone to the ground rather than the magnificent gold which gives extra life to even the poorest seventeenth century efforts.

His outlines are rugged and variable rather than regularly defined, and his use of the classical techniques of Amati were a little off-beat. He occasionally pinned the plates to the upper and lower blocks, but he did mortice the linings into the blocks. The scroll patterns are fairly eccentric, with a long straight throat abruptly terminated at the volute, and the eye of the scroll projecting beyond the last turn of the spiral. Interestingly this last characteristic is shared by a number of makers in this period, notably Balestrieri of Mantua, whose scrolls can be mistaken for Storioni's.

Storioni's wood is rarely of the very first quality, and he made a virtue of plain and irregularly figured hardwood, often using the local field maple known as oppio, which appears in a great deal of north Italian work, not excepting that of Stradivari and the Amati. The spruce of the fronts is generally of good Tyrolean appearance, but generally it is not of the best, often showing distorted and irregular grain.

We can thank Storioni for the second coming on Cremonese lutherie in the nineteenth century, and for a large number of characterful instruments which sustain the city's reputation for brilliance of sound, and add to the fascinating variety of Italian violin making.