Pietro Giovanni Mantegazza was born in about 1730, in a parish outside the city walls of Milan. He gained his knowledge of violin making from Carlo Ferdinando Landolfi, whose workshop was in the Contrada Santa Margherita or its environs between 1751 and 1765. From 1750 to 1758 J.B.Guadagnini was also an influential presence in the city, and almost certainly helped refine Landolphi's work away from the grounding he received from Pietro Antonio Testore. Mantegazza's own work dates from 1757, his labels giving the same address as Landolphi, and in 1761 he married and established himself on the Contrada dell'Aquila, close to Landolphi in the Santa Margherita. When the Landolphi left Milan in 1765, probably for Baveno on Lake Maggiore, Mantegazza was the most experienced violin maker in the city, and soon to become a pivotal figure in the story of violin making. 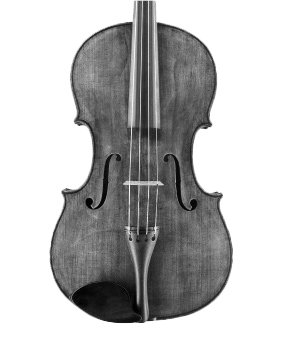 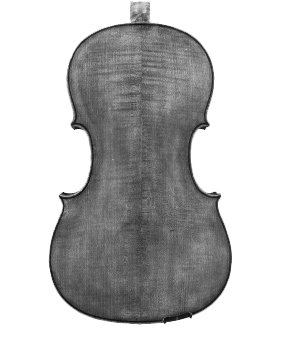 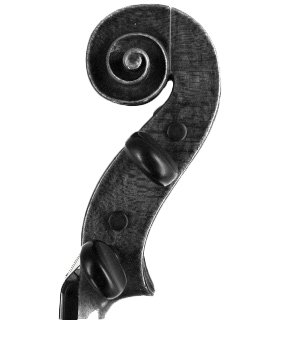 According to other surviving labels, he worked with a brother, Domenico, but no trace of him has been found in the city archives to date, and he is certainly not recorded as part of the family in Contrada dell'Aquila. However, by 1776, the Mantegazzas had established a relationship with Count Cozio di Salabue, the celebrated connoisseur, and his early correspondence is addressed to 'Domenico and Pietro Mantegazza'. The text of Cozio's letters paints a very modern picture of the Mantegazza shop. He asks for information about instruments and their makers, for expertise and certificates, and help with buying and selling violins by Stradivari, Amati, Cappa and others. The activities of the Mantegazza went beyond the daily labour of constructing instruments, and this no doubt accounts for the comparative rarity of their work. Cozio corresponded with various makers of the time, including Balestrieri, Marchi and Guadagnini, but it seems it was most often Mantegazza to whom he turned for repair and similar work. A certificate issued to Cozio's agent G.M.Briatta in 1776 states 'we brothers Mantegazza, instrument makers in Milan for many years certify to have sold many instruments like new and intact containing labels of Antonio Stradivari. They are truly by this maker.'

The instrument labels are confusing, and earlier writers are unclear about the family relationships. Early labels refer to Pietro Giovanni 'e fratelli' Mantegazza, presumably indicating the contribution of Domenico but by 1783 Pietro Giovanni Mantegazza is the only name given, Domenico having either retired or died. After his death in 1803 the business passed to his sons Francesco (1762-1824) and Carlo (1772-1814), also referred to as the 'Fratelli Mantegazza'. A third son, Antonio, was born in 1767 but predeceased his father, dying in 1790.

The work of Pietro falls into at least two phases, the earlier one characterised by a red-brown varnish, and a very Milanese style in which both Guadagnini's and Landolphi's influence can be seen. The outline is well proportioned and governed, and the arch is full and rounded not unlike Guadagninis of the Milan period. The soundholes are distinctive, with small upper holes and extended, flat ended lower wings, but otherwise very classical in form and stance. The scroll is rather better formed than those of either of his Milanese mentors, with a balanced spiral bordered with a regular chamfer.

After 1790, the workmanship changes noticeably, presumably due to the increasing contribution of Pietro's sons Francesco, Carlo and possibly Antonio. The old red-brown varnish gives way to a harder yellow coating, and the style becomes more disciplined and precise, the finishing of a very high order lending it an almost French character. The period is particularly notable for a series of contralto violas issuing from the shop.

Cozio also entrusted the Mantegazza with unfinished stock of Guadagnini's instruments after the maker's death in Turin in 1877, and many were varnished by them. Carlo, the youngest son, is specifically named by Cozio as having modernised the necks on a number of his instruments, and the process of blocking out and grafting developed by him is described in Cozio's diaries.