The Ex Stephen Shingles, an important Italian viola by Antonio Casini, Modena circa 1660, will be auctioned by Brompton’s in London on November 2nd.

View Lot information or Contact Brompton’s for further information. Read the article about this instrument by John Dilworth below.

This viola by Antonio Casini is a very rare and important early Italian contralto viola. The number of contraltos, that is violas with a back length less than 42cm, made before 1700 can be enumerated quite quickly; two by the Brothers Amati, a few examples by Maggini and Andrea Guarneri, and four by Stradivari. What inspired Casini to make this form of viola is by no means clear; what is known about the maker himself is just as obscure. He was born in Modena in 1630 and died there in 1690, and at some point became luthier to the court of the powerful Este family, Isabelle d’Este having been one of the central figures in the artistic and musical renaissance in the early sixteenth century.  Despite this, Modena itself was not well-provided with violin makers in the classical period. The Aisele/Heisele family from Fussen were established there in the early seventeenth century, making lutes, but possibly providing apprenticeship and general instrument-making knowledge to local craftsmen. There is a record of one Cristofano Zanotti making bows, and possibly lutes and violins in the later seventeenth century, but little other evidence of violin making in this grand city.

Casini’s known surviving work amounts to a few violins, two violas and two cellos, often described as being similar to Joseph Filius Andrea Guarneri in style, which is superficially true. Labels are recorded from 1658 up to 1687, and while this viola has lost its own, the Hill certificate attributes it to c.1660, a significantly early date, both in Casini’s career and the history of the viola in general. It is a very impressive instrument, on a bold format with strong edges and corners, but quite loosely finished, with dramatic toolmarks visible under the varnish, which is itself one of the most remarkable features. It is deeply coloured and textured, very close in appearance to that of Matteo Gofriller, inviting comparisons with the Venetian school and early Tyrolean work, again pointing towards the possible influence of the Aisele family.

The design seems to owe nothing to the great Brothers Amati contralto of c.1626 associated with the Este collection currently in Modena, and in any case that instrument was not brought to Modena until 1803, having previously belonged to the Obizzi family in Padua. In form it is quite erratic, with a fairly pointed upper bout and very short middle bouts; these in particular recall the Maggini contraltos. There is some evidence that the instrument has in fact been slightly narrowed along the centre line, since the grain is continuous across the now two-piece back. The overall length and other  significant structural aspects are original and unaltered, although the outer part of the lower treble side of the front has been renewed. The scroll also recalls Brescia rather than Cremona in that it is in violin form, without the cello-style shoulders that are a hallmark of Cremonese violas in all periods.

In the very rarefied company of the handful of master violas from the seventeenth century, this instrument by a much underestimated and overlooked maker stands on its own great merits as an exceptional and fascinating work.

Stephen Shingles started his musical career as solo chorister at Norwich Cathedral. Winning an open scholarship to the royal Academy of Music in London, he studied the violin with Rowsby Woof and later the viola with Winifred Copperwheat.

Following six years as co-principal viola of the London Symphony Orchestra, he devoted himself to chamber music. A former member of the Hirsch String Quartet for twelve years, he was a principal member of the Academy of St. Martin in the Fields from 1961.

He was a Fellow of the Royal Academy of Music, and Professor of viola there, from 1965 onwards. Stephen was one of the five founding directors of ASM (orchestra) Ltd from June 1971.

The ASMIF recorded many hundreds of records during Stephen’s time as principal (by both the bigger orchestras and the Chamber Ensemble), for Argo, Phillips, E.M.I. , Decca and L’Oiseau Lyre. On several recordings, on which he was a featured soloist, he would have been playing the Cassini viola, which he bought early in 1971. Some examples are: The Sinfonia Concertante for violin and viola, by W.A. Mozart, with Alan Loveday. (Argo 1971); Fantasia on a theme by Thomas Tallis, by R. Vaughan-Williams (Argo 1972), and the concerto in G for viola, by G.P. Teleman. (Argo 1976). 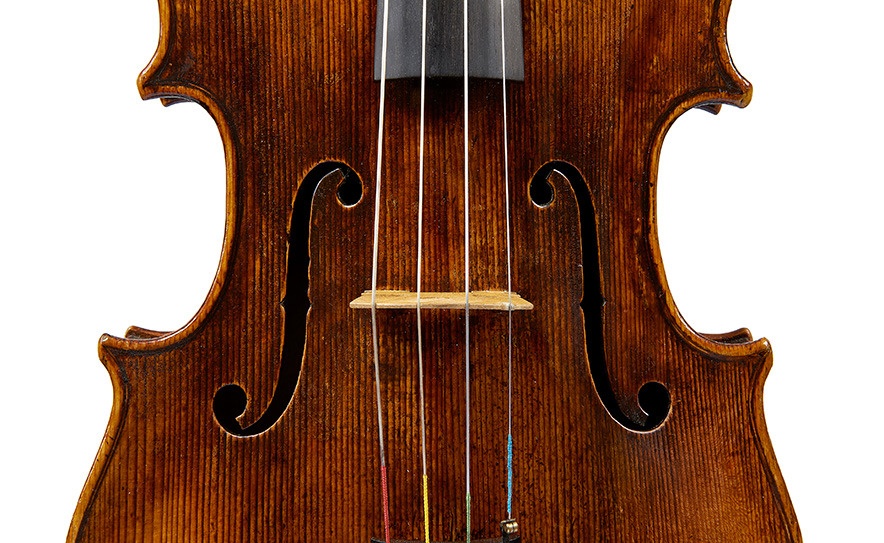 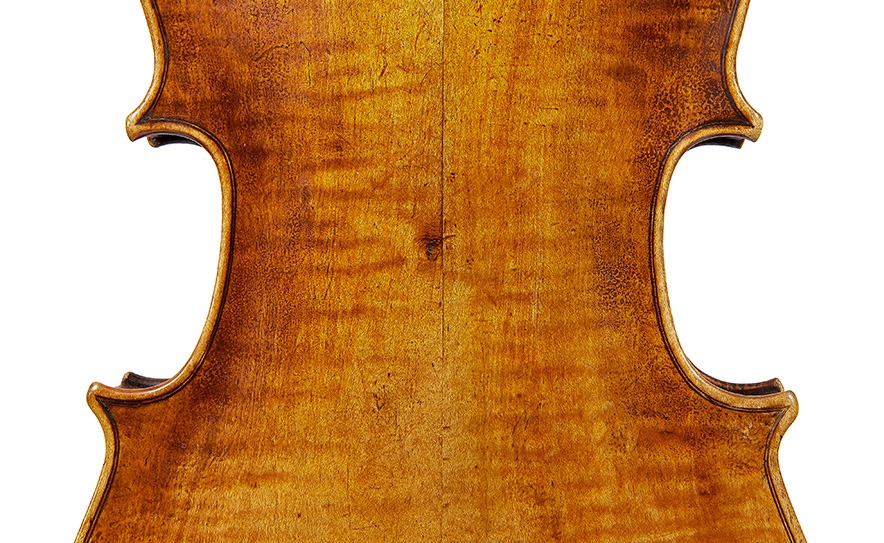 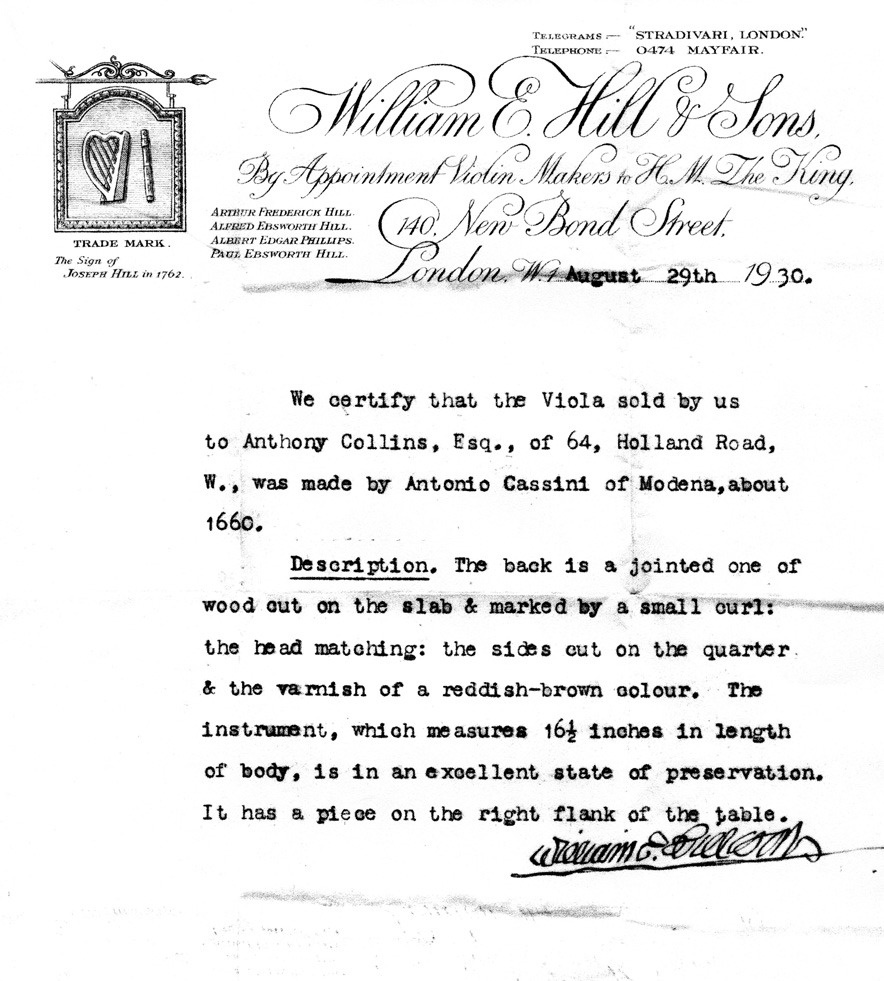 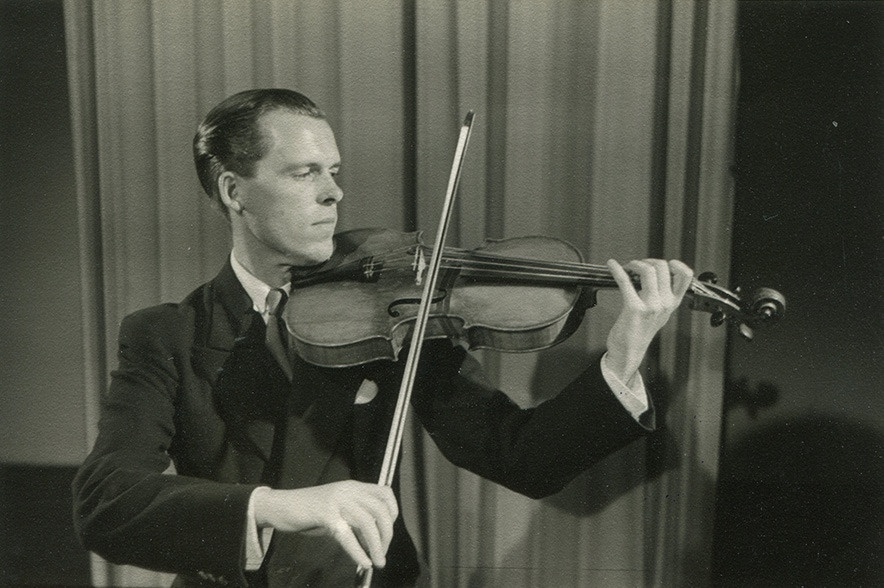