Orchestrating a life of calm: the effect of orchestral music on mental wellbeing


A recent study by the Royal Philharmonic Orchestra has shown that listening to orchestral music can lift people’s spirits and assist with their mental wellbeing. From creating a conducive home working environment to providing the appropriate ambience to unwind to, orchestral music has been described as a ‘cultural lifeline’ for many during isolation.

With an abundance of performances being streamed online globally, there has never been a better time to experiment with new genres of music. Audiences can now ‘attend’ concerts and be transported from one hall to another, walking through vast and shifting musical landscapes: the London Symphony Orchestra are currently streaming footage from past concerts twice a week on their Always Playing online platform; the Budapest Festival Orchestra are hosting their very own Quarantine Soirées, and the New York Philharmonic are rebroadcasting some of their most successful performances via their NY Phil Plays On portal.

This is by no means an exhaustive list, not least neglecting mention of the Berlin Philharmonic’s Digital Concert Hall series, which has been trailblazing in the online concert realm since its launch in 2008.  Considered as one of the finest orchestras in the world, the Berlin Philharmonic has continued to exceed expectations as they put on live-stream concerts for their audiences during the pandemic – from an empty Philharmonie hall.

Their next digital concert will take place on Saturday 23rd May at 6pm, and virtual tickets can be purchased on their website. Featuring works by Debussy, Hindemith and Schoenberg, the programme is as exhilarating as it is bold. From this eclectic blend of works, Schoenberg’s Verklärte Nacht (Transfigured Night) is arguably the most anticipated. Based on Richard Dehmel’s poem of the same name, the composition follows the narrative of a couple walking through a forest in the dead of night. Whilst deeply in love, the woman holds a dark secret she fears will destroy the relationship: the truth that she is pregnant with the child of another man. Yet as she reveals the truth to her lover under the bright moon-lit sky, the lover enchanted by the beauty of the woman and the universe, tells her to bear the child as if it were his, and forgives her. Themes of acceptance, understanding, and unconditional love so central to Dehmel’s poem are woven into the rich tapestry of Schoenberg’s musical counterpart, only to come alive in performance. At a time when travelling is restricted, orchestral music can help the imagination to explore new realms and emotions.

Life in isolation separated from those that are dear to us is undeniably difficult, and so are the many other countless challenges posed by the pandemic. However, whilst music is not a cure, as shown in RPO’s recent research, it can enrich and ameliorate our lives especially during times of emotional hardship. It may feel strange attending your first ever orchestral concert remotely, but at least it will give you a flavour of what to look forward to should you wish to experience it in the flesh. You are also – of course – guaranteed the best seat in the house. 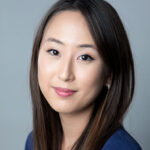 Makoto Nakata is a graduate of the Royal Academy of Music, and currently a trainee solicitor at Phillips Lewis Smith. She is available to advise and assist on all legal matters relating to the world of classical music. Please direct any enquiries to makoto.nakata@plslex.com